Sadly Pete passed away earlier this year (2020). Pete is a much loved member of the team here at Chocolate Radio and we miss him dearly. RIEP Pete your are remembered with much love, a truly great DJ and person.

My passion for music and interest in musicians and artists found me collecting various genres of music and publications from overseas and locally from an early age. The pre CD/MP3 era was not yet born and Vinyl ruled. Although cumbersome to carry all those 12” & 7” ‘s around in one’s Record Box it was exciting waiting to hear the latest sounds when the stylus & vinyl met! The records themselves were decorative and had sleeves that you could use as posters! Reel-to-Reel recording and cassettes played a vital and important role in the early years, a skillful and interesting technique which I will never forget!

Time spent trawling through NME magazine and various other musical publications, for the latest news/info on music and artists, was rewarding and integral to any DJ. Memories of Billy Bain, a close friend and mentor taking me around to watch him play at various functions and shows still linger freshly in my mind after all these years. My Djing debut came when Billy found himself double booked for a function. With the loan of his equipment I hosted my first ever party. Although very nerve racking, the gig was a big success all round and increased my appetite for the DJ/music scene. Time quickly found me placing advertisements for my services in local papers, magazines, the response was immense and as a result I was able to purchase my own sound system and my very own mobile disco was born. As my name spread I very quickly found myself performing further afield. 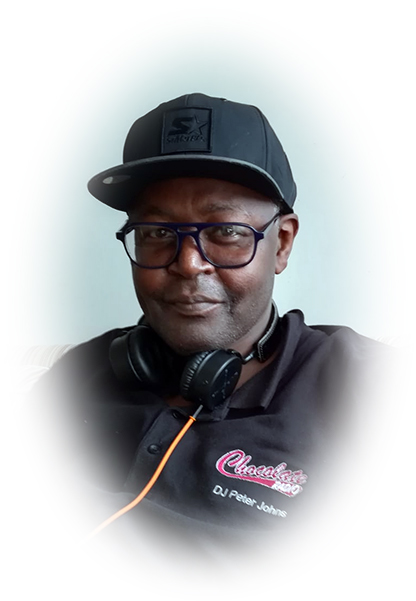 In 1980 I was approached by a night-club owner/dj, Tim Breen and Zac Almeida (who had coincidentally been at one of my private gigs ) and was offered a session at his nightclub SCAMPS. My initial “guest appearance” resulted in my gaining a Friday & Saturday night residency almost immediately. The music by now had changed quite rapidly from the 70’s, so a typical SCAMPS playlist was: music by: Mary- Jane Girls, The Whispers, Gap Band, Shalamar, D-Train, The Commodores, Coffee, Earth Wind & Fire, Kool & The Gang to name but a few!! SCAMPS held alternative nights at which I also played. So popular was SCAMPS and was often referred to as “The place to be”, queuing outside the club began at 8.pm-8.30pm. Turning up after 9.30pm guaranteed you would not get in the door. Once in, the crowd would stay on till the sun was shining!

My mobile disco business ran parallel with my residency at various clubs, guest appearances at concerts, promotions with international artists left me with little or no social life.

As if not enough, 1981 saw the launch of Radio 3 Radio Station, which started with, a 19 hour broadcast time and eventually moved to become a 24 hour station. My first break into radio came when I was offered a part-time slot on a Sunday evening.

Through my connections in the UK and US, and my continued thirst for up-to-date knowledge of musicians and their music I was exposed to newly emerging trends in music from the UK and US. This enabled me to update and build on my ever-growing collection of music, classic, remixed and other. Incorporating international music with local proved to be a great recipe and boosted my radio shows and led to an increase in shows I hosted on air.

As goes with the territory, meetings/ interviews have to be done! So it was a pleasure to be able to interview various famous musicians.

Back in 1983, whilst checking out the current trends, I had the great opportunity of carrying out interviews with big name artists of the 80’s, Maxi Priest, Jeffrey Daniels (Shalamar), the group Direct Drive, Bhundu Boys, Total Contrast to name but a few.

The introduction of satellite television brought another great break my way – TV broadcasting. Sponsored shows, namely, bottlers of Coca Cola, gave me a marvelous break and one that I will always remember.

Of course Djing, like any other job/career has it’s up and downs so I would be unique if I said I’d had no pitfalls. I’ve had many but equally I’ve had just as many pleasurable and enjoyable times, and met many great and wonderful people who to this day have remained friends. One particular function that will forever stick in my mind is New Year’s Eve 1999. I played for a private party aboard a train. The highlight was of course the countdown to midnight when the train stopped on the border between Zimbabwe and Zambia – What a way to see the new millennium!

In 2002, restructuring, change of policy, and relocation issues sadly left me with no choice but to leave the Radio Station I had served for a great many years, albeit with bittersweet memories. The bulk being sweet.

A Dj will always be a DJ! Today, I still play to my many loyal and new fans. The good old sounds of then & now just cannot keep them off the dance-floor.

Recently, I created a facebook page called “This is what I Call Old Skool”This is where my listeners listen to live Old Skool programs and Podcasts, view Old Skool videos, comment on videos, share music memories, chat and request tunes that you like. So far I have 6725 members.