In 1991/92 DJ Destruction was a UK finalist in the DMC championships, this eventually led to taking steps into production. He is credited with production on the highly acclaimed ‘Kaos’ album, released on EMI in 2001. He has also worked with artists that can only be described as Hip Hop Royalty (Redman, M.O.P, Capone-n-Noreaga, Pharoahe Monch, De la Soul, Guru and LL Cool J), the latter of which went platinum in the U.S and was a Billboard number 1 in its first week. The Redman single Smash Sumthin achieved a U.K top 10 and a gold disc to boot. 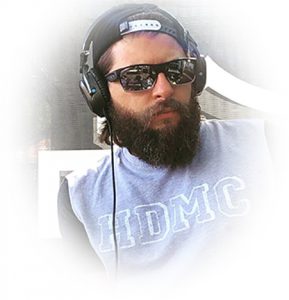 Destruction has since worked on remixes for Pay As You Go, Elephant Man, Kidda, Dan Le Sac vs Scroobius Pip and Flux Pavilion to name a few as well as completing two Lethal (Harry Shotta) and Destruction albums. Both of which were heavily rotated on 1Xtra and Kiss FM, leading him to work with acts such as Canibus, Ric Atari, Leee John (Imagination), J2K (Roll Deep), Skibadee, Harry Shotta, Tor Cesay, and Scroobius Pip.

During Destruction’s busy production schedule, he has also performed at the festivals below and throughout Europe;

His ability to destroy the perception that a DJ is a musically inept cd shuffler is what makes him unique in today’s world of dime-a-dozen DJs. Destruction is a producer and composer, having mastered several genres mixing everything live from vinyl to real time visual performances.