Paul’s first love of the music in those early days, was stirred by Hip Hop which was when he started DJing around 1992.

In those days it was all about vinyl and a visit to the record shops to check out the latest imports and UK releases, coming home with 7 inches, 12s and LP’s. “Such a great feeling”. 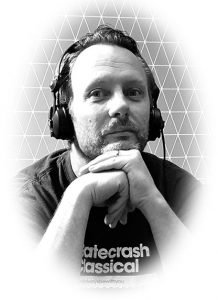 DJ Activity was here in the UK and across the world at top name clubs and events. In 2000, Paul took the decision to stop being a DJ, mainly because of how the music had moved into the digital age, which simple did not feel the same as those wonderful vinyl days.

Early in 2020 Paul took the decision to finally embrace the digital age and started to play again, recent events have meant that performances have been restricted to Livestreams for the likes of Oh So Sexy, Club Q , KHZ radio and THE Works.

Paul is now hoping this pandemic we all face will be over by the end of the year, so he can get back out to the club’s festivals and events to play for the people who love Soulful House, where his love for the music these days are.

Keep an eye on Paul’s shows here on Chocolate Radio every Wednesday Afternoon 3pm until 6pm UK GMT as many will be streamed live via the likes of Facebook and other social media outlets, which will enable you to join in live. On Friday evenings 10pm until 12midnight UK GMT there will be a replay of the Wednesday show for those who missed the midweek live broadcast.

Message from Paul Bagley “ Stay safe Guys looking forward to getting out there with you in the later part of 2020 or at the latest the early part of 2021”.